This weekend was a pretty quiet affair, which was great because we’ve been so busy of late. It started with a bit of quality time with my Nespresso machine.

Give me all of the coffee…

Then we spent a couple of hours in the Swiss equivalent of Homebase, Conforama. It’s like a slightly less stabby version of a morning in Ikea, and true to form, the decisions that we had made from the comfort of our apartment, browsing the catalogue in chillaxed fashion, were all shot to shit as soon as we entered the store. It’s like some kind of freaky magnetic field that screws with all logic and domestic harmony. Within about 40 minutes, things had gotten pretty tense. As my darling husband said, ‘It’s a good thing I didn’t bring a loaded gun.’ Quite. Anyway, we eventually ended up buying a dining table and chairs, though not before heading home for a while to mull over our decision, and waste as much of our Saturday as possible. Matt assembled the furniture while I sat on my ass watching crap TV and occasionally telling him he was doing a great job.

The construction of our first ever proper dining table (in 10 years) warranted a celebration. So we drank some fizz and spent a Saturday night in playing board games. It ain’t easy being this cool. 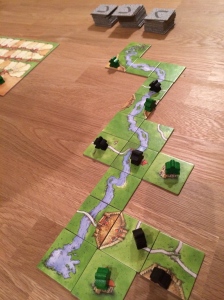 Such larks! Sunday was another slow paced day in which further chairs were constructed (him) and more fizz was quaffed (me) and more games were played to celebrate not having anything to do. In the afternoon, Lyla tried out her Outdoor Feline Funhouse with mixed results. She liked the treats inside the funhouse, but was (rightly) suspicious that we might zip up the door and so didn’t stay in there for very long. She much prefers going out the apartment door to sit in the stairwell to exploring the balcony, with its view of lots of birds. Strange cat.

The evening was capped off with more games, 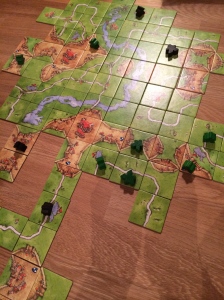 It’s ok to be jealous…

and some bad-ass slow-cooked pulled pork (recipe courtesy of the fabulous Love Audrey, found here) with our secret BBQ sauce, 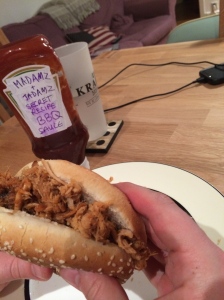 and some more drinking, before settling down to watch Her. It was a pretty good movie, with a fascinating premise, but it was about an hour too long. Nonetheless, it was basically a pretty damn good Sunday. 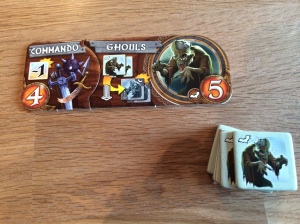 If your Sunday evening didn’t involve battling Commando Ghouls, I feel bad for you.

Come at me, Monday. I’m ready.

On pregnancy, birth & feeding your baby

Musings on parenting, breastfeeding and self-care.

News from Kate's attic on life, and cancer. In that order.

A place for people who love silent film

A bucket list blog: exploring happiness, growth, and the world.

Smell of Goodness in Your Kitchen!